The season ends in a wet Vallelunga ( TO the )

The seventh and last race event for the Italian FIA Formula 4 Championship took place on the technical track of Vallelunga (I) at the gates of Rome. 33 drivers were ready for the challenge. Interesting races were expected as the further positions in the championship behind the already crowned champion Gabriele Mini had not yet been awarded.

The first race of the final round took place in the early afternoon, in very windy and fresh conditions. As it rained before the race, track conditions were tricky. The race was conditioned by three safety car periods, with the final one deployed with 9 minutes still to go. The long recovery meant that the race was not resumed and was finished behind Safety Car. Filip lined up 25th on the grid and enjoyed a very strong start. As the lights went out, he gained 11 positions and was up in 16th place after the first lap. The Romanian driver restarted well after the first safety car period, but a contact backed him down again to 18th place. He fought his way forward again, also taking advantage of the second restart. Filip finished the race in a good 14th position. Francesco started from 20th place and held on to his position. The Italian gained another spot in the opening laps, before the first safety car had to be deployed. As Francesco found his rhythm, he managed a good progression and crossed the line in 16th position. Jasin started very well, too, moving from 30th place to 23rd in the opening lap. When the safety car was deployed, Jasin was up in 21st place already. As the race got going again, he resumed his battle for positions and eventually settled in 18th place after the second safety car phase. He took 18th at the end of the race. Santiago started right behind Jasin, in 31st position, and got away well. The Mexican was immediately able to gain positions and was running in 25th place before the first neutralization. Santiago improved to 24th position before the second neutralization. Taking advantage of restart, Santiago finished in 22nd place at the end of the first race of the weekend.

After it had been raining and storming all night and the track was completely flooded, the race management decided to cancel race 2 without replacement. It remained to be seen whether conditions should improve enough for Race 3 to take place. 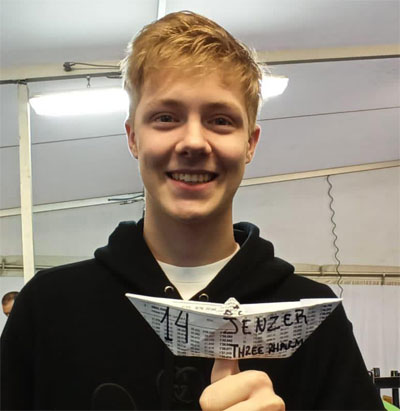 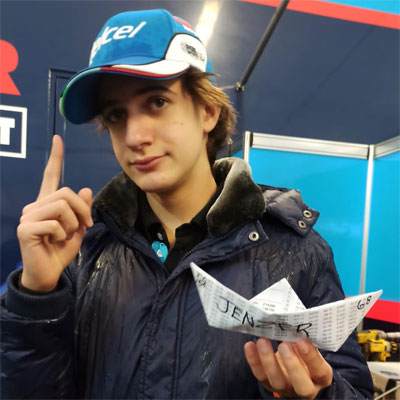 In the afternoon, conditions improved to the point that the 33 cars field met on the grid for the final race of the season. The drivers were eager to race but as the start approached, heavy rain hit the circuit of Vallelunga again. Less than one lap was completed behind Safety Car when the race director decided to suspend the race due to once again dangerous conditions. The cars returned in the pitlane and waited in the fastlane for conditions to improve. When the race director decided that it was possible to race again, we returned to the grid. The race restarted behind the safety car and completed several laps before we were finally able to race. The race was hard and drivers had to take risks while also trying to bring the cars safely to the finish line. Filip started from 7th place and was able to gain a position, but the fight was very hard and eventually he dropped back again to 7th. A safety car had to be deployed when Pizzi run off into the gravel. Filip kept his position at the restart and eventually took 7th at the end of race, which ended with a red flag as Armanni went off track during the final minutes of the race. Santiago was 18th on the grid and muscled his way through the field, finishing the race in a positive 11th position. Jasin lined up 10th and was battling his way forward when he went wide and into the gravel. He rejoined and eventually took 25th place. Francesco started the race right behind Jasin. In this very difficult conditions, a contact forced Francesco back in the pits with a broken wing. He was classified 32nd as the red flag came out to end the race.

Thus, the 2020 championship was held in its full length, despite difficult circumstances. We are already looking forward to the next season and hope that it can take place as usual.

Another challenge: the journey back at home !